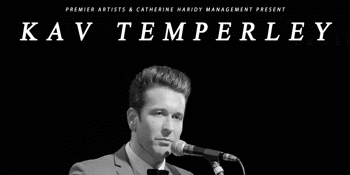 Three of the bands' albums debuted at no.1 on the ARIA charts, with their biggest hit “Black Fingernails, Red Wine” starring in Australia’s Top 50 for 62 weeks, and most recently releasing their first single in 7 years “Say Something”.

In 2009 Kav joined forces with Josh Pyke, Kevin Mitchell (Jebediah and aka Bob Evans) and Steve Parkin (Autopilot), all singer -songwriters at the top of their game to form the supergroup Basement Birds.The group released a self-titled studio album in July 2010, which peaked at number 12 on the ARIA charts.

Kav is an experienced songwriter but is at his best when performing live. His experience is varied performing to huge crowds at large events such as; Sound Relief, Live Earth, Make Poverty History, ARIA Awards, Big Day Out, Homebake, Splendour In The Grass to name a few, and tired internationally in the US, Canada, Europe and Korea.

Kav has also had experience performing to a more intimate crowd and in 2015 to celebrate the 10 year anniversary of the award winning album “A Song is a City” Kav embarked on a nationwide solo tour re-interpreting the album into an acoustic show.

From there he was inspired to go on and write, record and release a solo record “All Your devotion” which he then toured nationally with successful single “Pollyanna”.

In 2019 Eskimo Joe re-joined to see their back catalogue of work transformed into an orchestral masterpiece, performing to sold out crowds with WASO at the Concert Hall and SSO at the Opera House and many more across the country.

Playing more recently to a packed Optus Stadium in Perth with the pre-game entertainment before the NRL State Of Origin, plus a very special show at Freo.Social where the band got to play the album Black Fingernails, Red Wine in it’s entirety.

Kav was asked to join the legendary Jimmy Barnes on stage during a national support tour with Jimmy and sing a rendition of and finished the year off with a sold out reunion show with the West Australian Symphony Orchestra in Kings Park at the end of 2019.

Eskimo Joe released their first single in 7 years a couple of weeks ago and is drawing a lot of television and radio attention, it is set to be a banger of a hit already.

Kav has appeared on numerous Tv shows, such as spicks and specks and Rockwiz highlight being his performance of 11 verse song Hurricane on Rockwiz back in 2016.

In all his years he’s collaborated with some of the best Sarah Mcleod (Superjesus) John Butler to name a few , is a respected mentor, APRA ambassador and educator in the craft of songwriting. He’s the founder of Temperley Productions and recently moonlighted as a Double J radio host artist in residence in 2019.

Kav developed the popular podcast and game HatJam which has charted at #2 in the Australian Music Interview podcast charts.