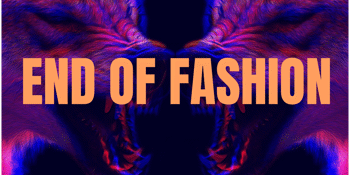 Despite 2020 being an absolute disaster of a year overall, it’s actually been quite good for End Of Fashion. They started the year with a headline show at the Highway To Hell and released their first new single in over 8 years (and sold out the single launch) all whilst preparing for the coming new year. BreakThru is not a one off release, but the start of something much larger and to kick it off, they’re heading out on tour!

The band is sounding better than ever with its now permanent line-up consisting of front man, Justin Burford, guitarist Julian Dudman (The Sleepy Jackson), bassist Vanessa Thornton (Jebediah) and drummer Nick Dudman. These talented musos make for a force to be reckoned with and one hell of a live act!

End Of Fashion’s new single “Breakthru” combines two of the bands loves, the art of music making and the ability to inspire thought into their audience with the singles eerie music video sending off blood-cult, vampire ish vibes. Their live shows have evolved, showcasing the mastery of their instruments and their love of the stage. This tour will be more than just a few bands playing then heading home, no, this will be a celebration of End Of Fashion’s catalogue of creations and a beginning of the next chapter for the band.